DANCE is coming very soon! Are you ready?

Hey, guys!
I know I've been MIA lately, but with good reason - I've been holed in my writing cave and wrote a new book! It's with the editor and betas right now and (fingers crossed) will be released in March!

I'm very excited because it's my first MM romance book, and while I'm an avid MM romance reader, I've never attempted to write anything like that before. Thankfully, the betas feedback has been amazing and I can't wait to release it and see what everyone else says!
This new book means a lot to me. I don't think I've ever been this invested in a story before.

Add it on Goodreads

If you haven't already, go like my author facebook page because very soon I'll have a lot of giveaways, news and teasers going on! 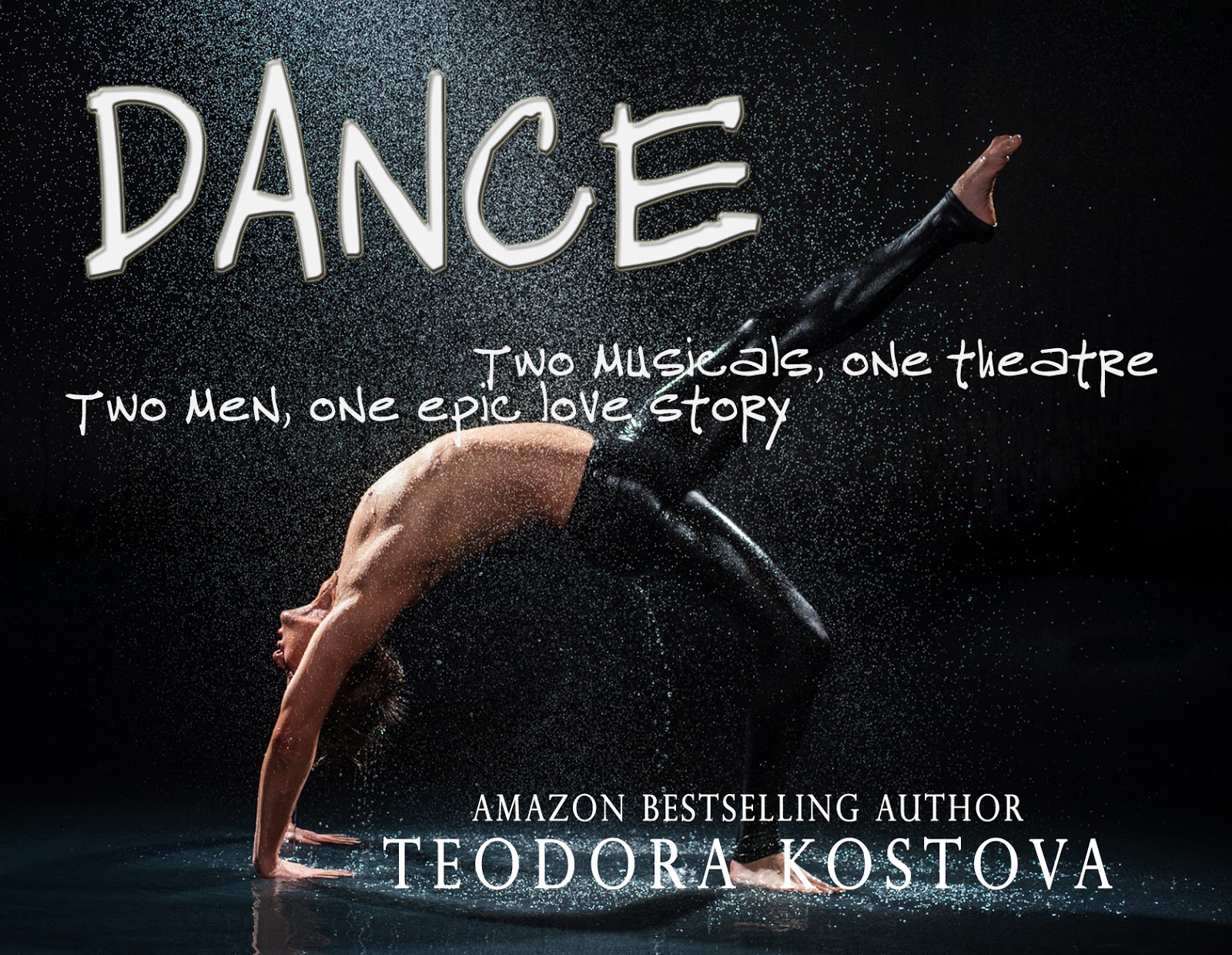 Jared Hartley is happy. He has a starring role in a popular West End musical, great friends, adoring fans and his own flat in Central London. A relationship is not something he has ever really wanted. Making big plans for the future is not in his nature – Jared is content with his single status and enjoying all the benefits of that lifestyle.He doesn’t even realise something is missing in his life.Until he meets Fenix.Fenix Bergman has a dream – to perform on Broadway. When he gets offered the lead role in Poison – a new musical based in London, he accepts, immediately recognising the huge potential of the show. Fenix thinks he has his life completely figured out – he will move to London, help Poison become the new West End hit and bide his time until Broadway comes knocking on his door. He has never wished for anything else but proving to himself and the world that he is a performer worthy of the biggest theatre stage.Until he meets Jared.Jared and Fenix’s lives collide and they fill each other’s missing pieces. Neither of them expects to feel so much, so fast for the other.Neither of them expects to need someone so badly when love hasn’t even been in their plans.But when Fenix’s star becomes too bright for London, will the dream he’s chased all his life ruin the dream he’s holding in his hands?Will he survive getting everything he’s ever wanted?Will Jared?*explicit sexual content, graphic language and adult themes. Recommended for readers 18+ only*

Posted by Teodora Kostova at 09:17 No comments: